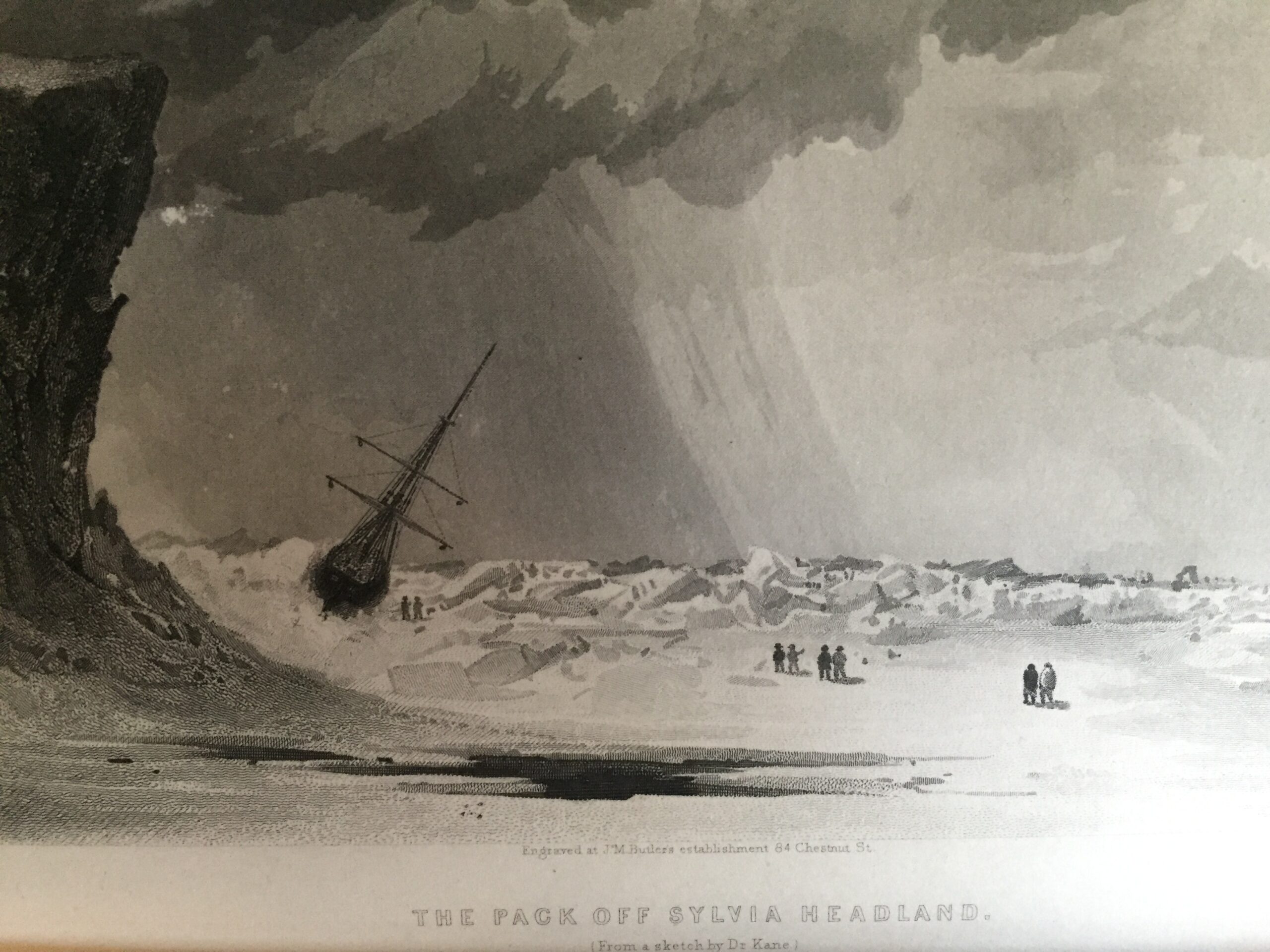 Arctic Explorations tells the story of 19th century explorer Elisha Kent Kane, and his curious romance with spiritualist and medium Maggie Fox.  Opposites in almost every respect – he, a navy surgeon from a prominent family; she, an uneducated farm-girl who many considered a huckster –they were both American celebrities who entertained crowds: he with tales about glaciers and polar bears, she with messages from the hereafter.

Arctic Explorations is, then, about our human quest to know what lies beyond. Explorers, all of us, our success often comes at a cost, and nowhere can this cost be measured more than in the Arctic, one of the most beautiful – and endangered – places on earth.

Kane’s ship was trapped in the ice for two years off the coast of Greenland. He and his crew survived not because they brought with them the technology of the modern world (though they did do that), but because of the generosity of the Inuit. Today, because of global warming, the Inuit, who have lived in the Arctic for centuries, are seeing their land disappear. Over 300 billion tons of ice melted on a single day last June.

My libretto is based on Kane’s 1856 bestseller, “Arctic Explorations” as well as letters and newspaper articles from the period, including the love letters between Kane and Fox. I am scoring the opera for four principal singers and chorus, with an ensemble of clarinet, guitar, banjo, violin, viola and double bass.

The Inuit play a significant role in the opera, and the libretto contains a number of passages in the Inuit language Kalaallisut, also called Greenlandic.  For this, I’ve been working with Inuit drum-dancer Nuka Alice, who has helped me with pronunciation and translation.  She has also made sure that I have represented the nineteenth-century Inuit characters as true to life as possible.

The opera was commissioned by, and is a collaboration between Nancy Manocherian’s The Cell Theater and the New Amsterdam Singers.  The premiere is scheduled for May, 2023.

With thanks also to Arctic Sounds, Sisimiut, Greenland